History of the Boswell Fire Department 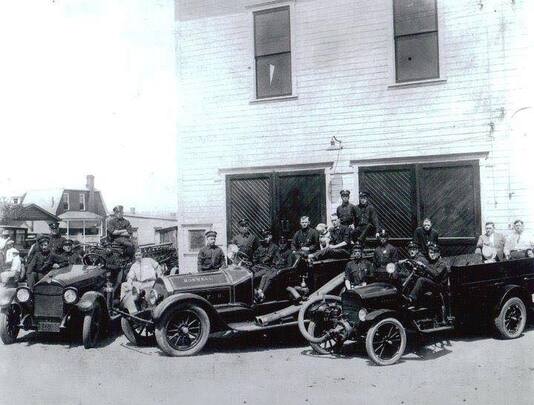 In 1926 the company became incorporated and its name changed to the Boswell Volunteer Fire Department, Inc.
​
Around 1926 the B.V.F.D. purchased two Pierce Arrow Fire Trucks. At one time they also owned a Model T Chemical Unit. In 1933 an International truck, believed to be purchased from the Windber Volunteer Fire Department was bought. In 1953 the B.V.F.D. purchased a 1953 International Bruco Pumper Truck, it cost $ 25,000.00. This pumper was a 1000 GPM Hale Pump with a 500 gallon tank. It was known as Boswell's Hot Rod Fire Hydrant. Some folks believe this to be the largest pump on the East Coast. It was a unique pumper for its day.

In 1993 Boswell purchased a 1993 Rescue Pumper. Manufacturing started in Ohio and was completed at Lincoln Supply, Somerset, PA. The pumper has a 1250 Waterous pump with a 1000 gallon tank. This unit replaced the Rescue Squad which was sold to the Mill Run Fire Department, Fayette County.

In 1994 the department purchased a brand new Maccoy Miller Module Ambulance from J & J Industries. At this time Boswell maintained three BLS ambulances. In 1996 Boswell sold the Chevy van ambulance. There was no need to maintain three ambulances.

In 1998 Boswell decided to upgrade its 1979 Hahn. They bought a 1998 Firefighter with a 1750 Darley pump, 1000 gallon poly-tank and a 10 gallon class A foam tank. The Hahn was sold to the Acosta Volunteer Fire Department.

Believe it or not, the Boswell Volunteer Fire Department has been in the same location since its birth in 1908. The only difference is the building. The original was a two-story wood frame structure. In 1959 the wood frame structure was torn down and replaced with a cinder block building with red brick overlay.

In 1997 bingo was started as a fundraiser. Bingo is held every Sunday. In 1998 the pavilion at our picnic grounds was enclosed to house our growing bingo. In 2020, the department received a grant that will go toward renovating and adding onto this structure with the ultimate goal of our bingo hall and station being under the same roof.

The Boswell Volunteer Fire Department is proud to serve the residents of Boswell and surrounding areas. We dedicate our time and energy to the community. We celebrated 100 years of service to the community in 2008.